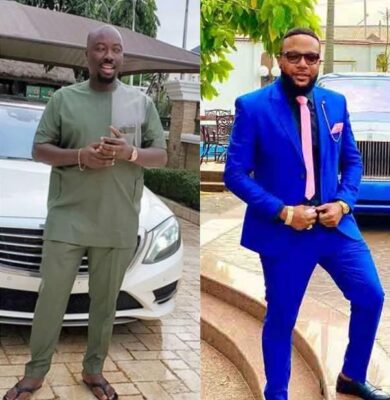 They made the donation when they led other businessmen from the state, including the chairman of Cubana Group, Obinna Iyiegbu, also known as Obi Cubana, and a musician, Kingsley Okonkwo, popularly known as Kcee Limpopo to meet with the governor, Prof. Chukwuma Soludo.

The group met with the governor at the government house on Wednesday.

The donation was made to the Anambra State Security Trust Fund on behalf of their companies, which the group said was in accordance with the call for support by the state government in the fight against insecurity.

The businessmen said they were in the state to seek strategic partnership with the state government across key business and industrial areas ranging from real estate, entertainment and haulage.

Kennedy Okonkwo who led the group told the governor, “We are happy with your fight against criminals in the state, and we will always support you.

“We commend your fight against insecurity in the state because it is a major hindrance to the socio-economic development of the state.”

The governor thanked them for betting on their state, promising to justify every confidence they hold in the government.