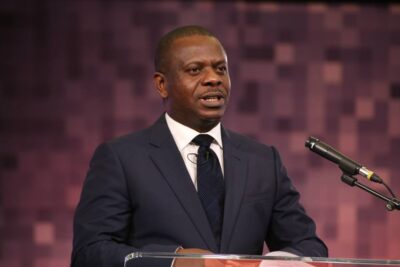 Poju is the Senior Pastor and Founder of The Covenant.

The pastor was lambasted after he shared a tweet many assumed was directed at Obi.

Oyemade had talked about the enthusiasm of youths which according to him, shouldn’t be wasted on poorly planned projects.

He also tweeted that Jesus said that “no man goes to battle without taking stock first nor laying the foundation of a tower”.

However, despite that Pastor Poju did not mention Obi’s name, the supporters of the Labour Party’s presidential candidate took offence to the cleric’s message.

And following the backlash he received, the cleric deleted his tweets. 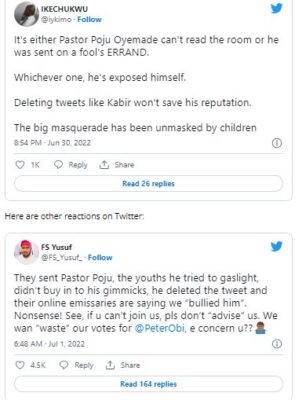 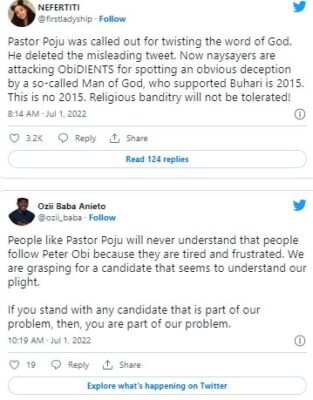