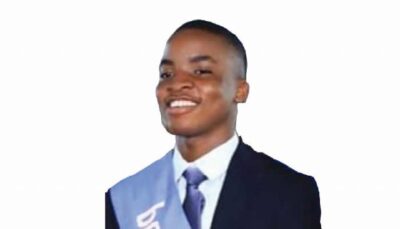 Akwa Ibom Teenager Who Got 9A’s In WASSCE Gets $1000: A cash prize of $1000 has been given to a sixteen-year-old, Master Valour Mbre-Inyang for making 9A’s in the 2022 West African Senior School Certificate Examination.

The management of Topfaith International Secondary School Mkpatak, in Essien Udim Local Government Area of Akwa Ibom State presented him with the money.

Mbre-Inyang harvested all the nine A1’s in the WAESSC result, a feat that is unparallel since the inception of the institution 20 years ago.

The chairman, Board of Governors of the institution, Dr. Emmanuel Abraham, while presenting the prize in a ceremony on Monday in the school, lauded the awardee for making the school proud.

Abraham added that the achievements could not have come at a better time than now that the institution is celebrating its 20 years of existence.

He explained that the prize of $1000 was instituted by the board of governors for any student who could make unparallel A1 in the subjects she or he enroll in WASSCE, adding that the aim was to encourage the students to surpass expectations in their WASSCE.

He said “Over the years, a lot of Topfaith students came quite close to clinching the award, scoring 8 A1’s, but falling short of one to get the prize.”

He saluted Mbre-Inyang for his achievements in making all A-stars (A*s) in the five subjects he sat in Cambridge GCE, 343 out of 400 points in JAMB-UTME, 1480 out of 1600 points in Scholastic Aptitude Test as well as 8 out of 9 points in International English Language Test System.

Trending Now :  Why I Stole A Newborn In Ibadan After Suffering Stillbirth – Lady Makes Startling Confession

He used the opportunity to admonish the student participants to emulate the awardee, noting that Master Inyang, for his six years of studies at Topfaith, enjoyed tuition-free academic excellence Scholarship instituted by the school for the best students in each of the classes from JS1 to SS3.

He charged the students to learn such diligence that made the awardee achieve all of the feats and to graduate the Valedictorian of the 2022 class.

The Chairman further used the occasion to congratulate the JS3 students, now promoted to SS1, on their record performance in the 2022 NECO-BECE in which 17 of them made all A’s in all the subjects they sat for.

He thanked the Management and staff of the school for their diligence and care they provided to the students to enhance the fulfillment of the Topfaith dream and philosophy of nurturing for global relevance.

Earlier , the Principal of the institution, Mrs Nsongurua Augustine, while welcoming all the guests thanked the parents of the awardee for entrusting their young scholar in the care and nurture of Topfaith International School for the six years period.

Responding, Master Mbre-Inyang, while thanking the Chairman, Management and staff of the School for the care and motivation he enjoyed while studying in the institution, charged the students to be diligent and focused to achieve his kind of results.