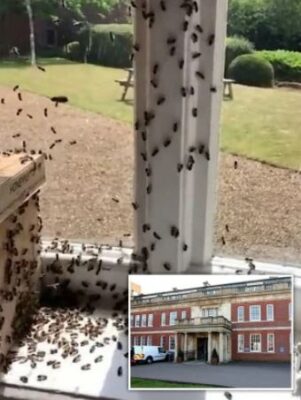 How Police Officers Were Chased Out Of Station By Bees

How Police Officers Were Chased Out Of Station By Bees: There was a bee infestation at Northamptonshire Police’s Wootton Hall headquarters, causing security operatives to evacuate.

The police station became a hive of activity just as a Facebook live session was about to begin last week. The event had to be cancelled. Despite having their own swat team, they decided to call a local beekeeper to rescue them.

Footage of the bees was shared on social media with the hashtags #beesintheboardroom and #stingoperation.

In the short clip, the bees could be seen swarming around a window with a loud buzzing noise clearly audible.

‘Soooo, we had a Facebook Live Q&A scheduled for today on response policing.

‘However, the room we do them in has been taken over by a swarm of bees. There are 1000s!

‘We have had to postpone it for now but will advertise a new date soon so watch this space.’

It later provided an update on the fiasco saying the beekeeper was in the processof safely removing the insects.

‘@NorthantsChief however has been making enquiries as to whether we could find small enough uniforms and put them to work ‘#StingOperation,’ it added. 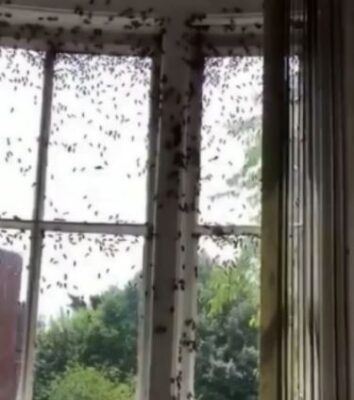 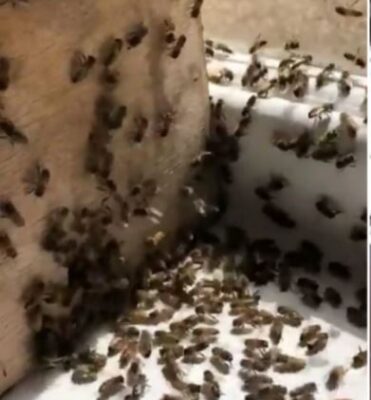