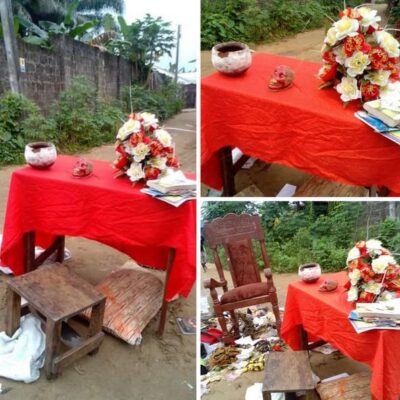 Photos Of People Tied With Keys Found Among Fetish Items In Akwa Ibom: Some photos of people allegedly tied with a bunch of keys, clips and wooden idols were discovered dumped among fetish items on a street in Akwa Ibom State.

Facebook user, Ime Eton, who posted the photos on his page, said the items were found at Atan Street off, Akwa Efak in Uyo, the state capital on Wednesday morning, August 24.

“Good morning, Pls come to Atan Street off akwa efak, By former Clock 9 Lounge and check if your picture is here or your siblings pictures. They’re some other items like bunch of keys, pictures clip together, wooden idols tight together. Come and separate your self from that toxic relationship or marriage and thank me Later.” Eton wrote. 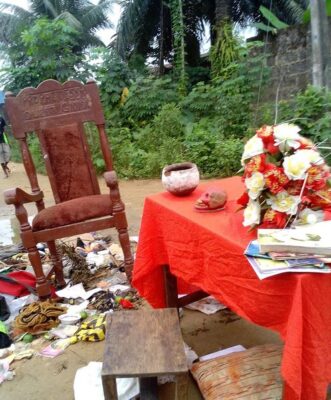 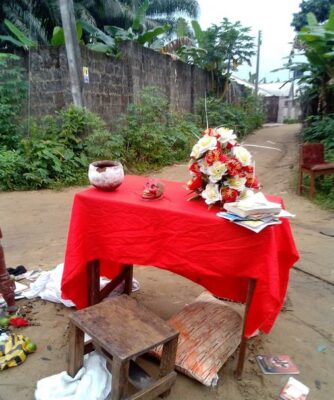 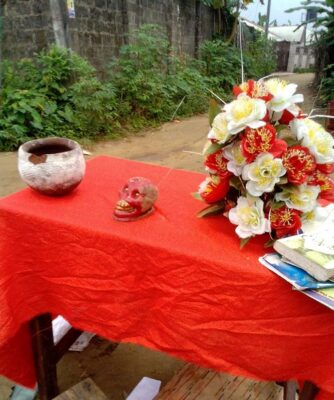 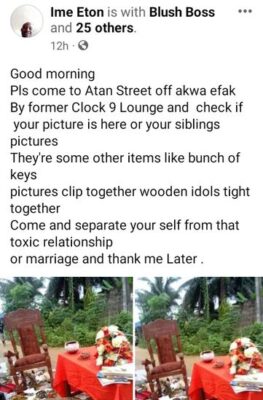