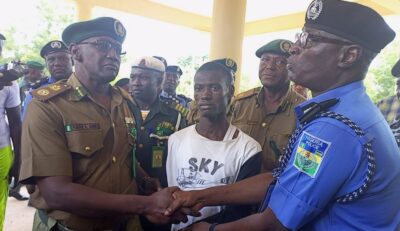 The 23-year-old escaped from the prison during the July 5th attack carried out on the facility by Boko Haram members.

In a press release signed by the commissioner of police, Sikiru Akande, the police disclosed that Mohammed was arrested along the Adamawa/Borno State border.

The commissioner of police disclosed that the arrested escapee had been in detention at the Kuje facility since 2017 over alleged involvement in terrorism.

Akande also stated that the command has also arrested 12 suspected kidnappers and armed robbers and had recovered assorted weapons from them.