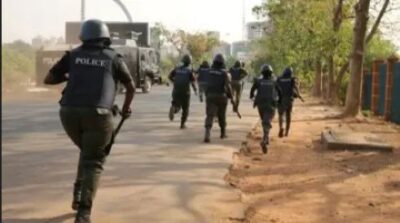 Police Rescue Abducted Chinese National In Kwara: A Chinese national who was kidnapped in Nigeria has been rescued in Kwara State.

The Kwara State Police Command, on Friday, said it had rescued the Chinese National who was abducted at a Quarry in Shao in the Moro Local Government Area of the state by gunmen last week Saturday.

The gunmen, who attacked workers at the Quarry, shot dead a Police Inspector and injured another officer, while the Chinese citizen was taken away.

The Police in a statement signed by the Command’s spokesperson, SP Ajayi Okasanmi, said the Chinese citizen was rescued from his abductors after they had escaped from the Police tactical teams who closed in on their hideout.

Okasanmi said, “the command wishes to inform the general public that the efforts by the police and other security operatives deployed in the search and rescue operation in favour of a Chinese citizen abducted by some gunmen on 3/7/2022 at CGC construction company along Shao/Oloru express way yielded positive results.

“The pressure mounted on the kidnappers by the rescue teams became so intense that the criminals could no more stand the heat, forcing them to abandon the victim and escape for their lives. Policemen and the tactical teams deployed for the operation are still in the bushes in an effort to get the criminals arrested to face justice.

“Meanwhile, the rescued Chinese citizen is currently undergoing medical examination to ascertain his state of health before his reunion with his family.

In another development, Okasanmi also said that the Police had arrested a man suspected to be a ritualist with human head and animal parts in Ilorin, the state capital.

“Acting on an actionable intelligence, eagle-eyed operatives attached to the Kwara State Police Command apprehended some suspected ritualists whose stock in trade is buying, trading and trafficking in human body parts, who couriered human skull from Lagos State into Ilorin and heading to Balogun Fulani motor park in Ilorin South local government area of the state.

“On the strength of the information, the team arrested one Ibrahim Hamza ‘m’ aged 41 years of Orisunbare area of Okolowo, Ilorin, who had earlier received the package from the motor park. Upon discreet search conducted on him, a human skull concealed in a carton with his name and phone number inscribed on it was recovered.

“Preliminary investigation into the matter revealed that the suspect actually procured the human skull, Horse head, Chimpanzee head and other items which were recovered in his house to which he confessed he intended to use for money making rituals.

“The Commissioner of Police, CP Tuesday Assayomo psc(+), who commended the detectives for a job well done, admonished the investigating team to ensure that the remaining accomplices of the suspect are arrested and duly prosecuted,” he said.

“The CP reiterated his determination to ensure that criminal elements find no comfort in Kwara State.

“He enjoined transport unions in the state to always cooperate with law enforcement agencies in the onerous task of getting rid of crimes and criminality in the state,” the statement said.