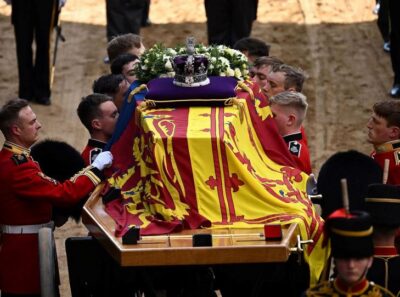 In a tradition dating back to Queen Victoria’s funeral in 1901, the state gun carriage bearing the coffin was hauled to the abbey by Royal Navy sailors, followed in a solemn procession by King Charles III and other senior royals.