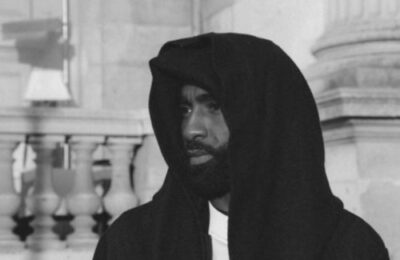 Riky Rick at 35 5 reasons the rapper is greatly missed

Riky Rick at 35 5 reasons the rapper is greatly missed: Riky Rick is remembered by South Africans today, the 20th of July which marks the day he was born.

It’s the rapper’s posthumous birthday as he would have celebrated his 35th birthday.

Rick trends on different social media platforms with people sharing memories created with him while he was alive; some persons also shared reasons he’s loved by the masses.

The rap icon who took his own life on the 23rd of February 2022 can be best described as a paragon of beauty, fashion, excellent music, and success.

We are going to briefly discuss 5 reasons Riky Rick is greatly missed by tons of people below.

1. The late star promoted upcoming artists and talented creatives: Whoever will fill Riky’s shoes is taking upon himself a great deal as he was the door between upcoming artists and the entertainment industry. Thanks to him we now know entertainers like Uncle Vinny. A few months before he passed away, he helped to promote Pabi Cooper’s song, Banyana Ke Bafana, he also attempted the dance created for the song. Riky was highly passionate about the upcomings, fresh artists, and fast-rising stars in the industry. He cared less about his status and bonded with them like a sibling.

2. Riky Rick preached love rather than hate or beef: Riky was a preacher of love not war; It was as though he was specially called into the ministry of love and peace as he was consistent with his sermons on unity and love among music artists. Since his demise, we’ve heard of different beef among musicians in the industry like Focalistic beefing Cassper Nyovest.

3. Riky’s YouTube shows: The late star hosted a series of shows named Lab Live and The Yard; he invited both blown and fast-rising musicians in other to gain them more recognition and fans. The likes of Focalistic, late Mpura, Costa Titch, Blxckie, Mellow & Sleazy graced these shows.

4. Cotton-Fest & Mind-blowing performances at shows: Riky Rick will be greatly missed and never forgotten because of Cotton Fest, including his mind-blowing performances at shows. He was a great entertainer who connects with the crowd easily. Riky was the idea behind Cotton Fest and after passing, his legacy continued. The rapper blended fashion and music which birthed Cotton Fest and it’s one of the highly anticipated festival in South Africa.

Riky is arguably one of the best dressed African musicians; he made fashion easy and inspired lots of people with how he dressed. Following his passing people spoke about his fashion statements and there’s yet any South African artist to replace the late icon.

In conclusion, Riky Rick imparted lots of people in the nation and even beyond the borders; he was a force. The points stated are just a pinch of the great things he manifested during his 34 years on earth. The rapper’s love for his family can’t be snubbed. He was so emphatic on artists helping other struggling artists.

Riky came from a rich home, but he’s recorded to be one of the most humble celebrity.

We believe you agree with the points explained above; what are the other reasons Riky Rick is greatly missed, share your answers in the comment section.

Trending Now :  Residents Banish Man From Lagos Community For S#domizing a 13-year-old Boy
About @TrendsOfLegndsTeam 19357 Articles
We inspire people with whatever we are destined to do in life. We're on twitter: @MusicParrot1 & on Facebook: @TrendsoflegendsBlog