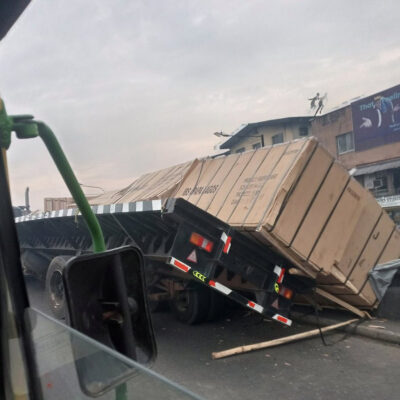 Heavy Traffic As Container Falls On Ojuelegba Bridge: On Tuesday, April 19, while traversing the Bridge, a vehicle carrying the container slanted, and the container fell.

After a truck collapsed while crossing the Ojuelegba Bridge, heavy traffic has developed around the bridge.

The sad incident is one that happened today, Tuesday, April 19.

However, what saved the container from falling into the cars below is the bridge rails.

Earlier in the month, a trailer crashed from the same bridge, unfortunately, landing on automobiles below. 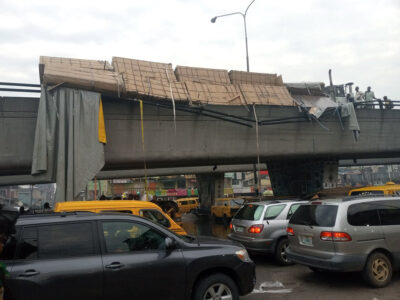 The government should try to create an alternative route for these heavy-duty vehicles and ban them from plying that bridge to save lives.