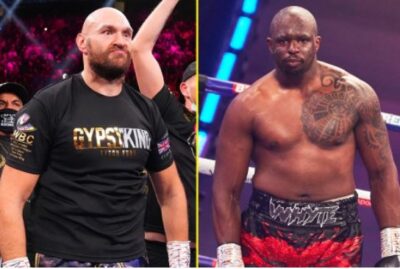 Whyte will cause issues for Fury, Joyce predicts, but The Gypsy King will triumph.

This Saturday, Fury defends his WBC title against Whyte at Wembley Stadium in the first of two major heavyweight clashes in the coming months, with Anthony Joshua and Oleksandr Usyk slated to fight again in July.

“Fury is such a big draw now, he commands so much respect,” Joyce told Metro UK.

“It’s going to be a great fight. But I see Fury at range picking Dillian off with the jab and getting the win.


“That is unless Whyte can utilise good head movement, get inside and work the body and head. It will be an exciting fight for sure.”

The two fighters are very good at what they do. It is not going to be an easy one but we are sure to have a winner at the end.

Trending Now :  How Police Arrested 19-year-old For Allegedly Killing His Colleague
About Tori News Updates & Latest Gist 2022 3130 Articles
I am the GODCHILD. A High-Intelligent Brain Design of Utmost Love and Crazy Ideas . CLICK HERE TO SEE AUTHOR'S UPDATES SO FAR.