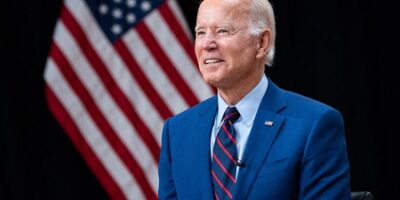 Biden Announces New $800m Military Aid For Ukraine: The US has announced that it will deliver $800 million in military aid to Ukraine to aid the country in its struggle against Russia.

On Thursday, April 21, 2022, President Joe Biden made the announcement.

The latest package, according to the president, was designed to assist Ukrainian forces in countering an impending Russian onslaught in the country’s east.

Biden expressed optimism that the conflict will take a new shape, unlike the one in the north near Kyiv, where Ukrainian forces effectively repelled Russian forces in the first six weeks of the conflict.

The newest round of US support to Ukraine will include 72 155mm howitzers, 72 armoured vehicles to tow them, 144,000 rounds of ammunition, and more than 120 Phoenix Ghost tactical drones recently developed by the US Air Force specifically to address Ukraine’s needs, Naija News understands.

“We’re in a critical window now… where they’re going to set the stage for the next phase of this war. And the United States and our allies and partners are moving as fast as possible to continue to provide Ukraine… the weapons their forces need to defend their nation,” the Pentagon quoted President Biden as saying.

Biden also announced that Russia-affiliated ships would be banned from US ports and that the US Treasury was putting up a fresh $500 million for Ukraine’s government so it can pay salaries and pensions and provide services.

He said unity between the US and allies in support of Ukraine is sending “an unmistakable message” to Russian President Vladimir Putin.

“He will never succeed in dominating and occupying all of Ukraine. That will not happen,”  Biden said.

In his remark via a Twitter post, Ukrainian President Volodymyr Zelenskky said he was grateful for Biden’s announcement.

“This help is needed today more than ever! It saves the lives of our defenders of democracy and freedom and brings us closer to restoring peace” in Ukraine, he said.

Military aid is good but the most important thing is to find a way to end the conflict between the two countries.