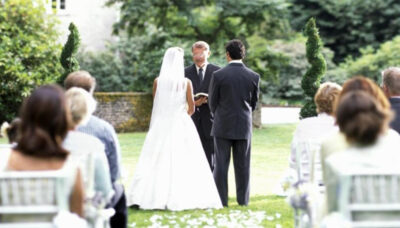 Who Invented Wedding: In this well articulated article, we will discover the origin and history of marriage; when marriage was first introduced. In one of our previous publications we wrote: 9 Common Reasons People Double Date Or Cheat In Relationship/Marriage

; and it may also interests you to check out: 21 Interesting Facts & Statements About Marriage, Husbands & Wives.

By the time you have gone through this content you will be able to learn the following: 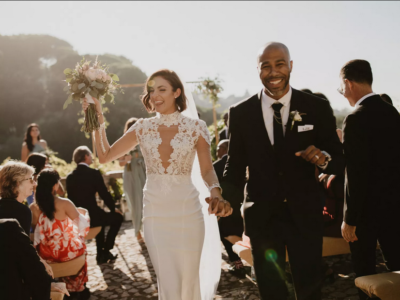 According to an article published on theweek.com, the first recorded evidence of marriage ceremonies uniting one woman and one man dates from about 2350 B.C., in Mesopotamia. Over the next several hundred years, marriage evolved into a widespread institution embraced by the ancient Hebrews, Greeks, and Romans.

It is widely agreed that the origin of marriage dates well before recorded history, but the earliest recorded evidence of marriage ceremonies uniting one woman and one man dates from about 2350 B.C. in the Far East. Over the next several hundred years, marriage evolved into a widespread institution embraced by various cultures. 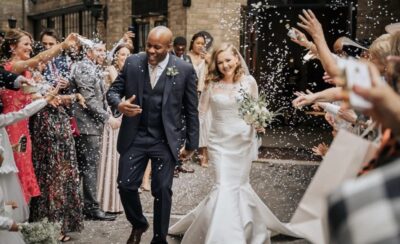 According to a definition gotten from Google.com, a wedding or a wedding ceremony is a marriage ceremony, especially considered as including the associated celebrations. Also a publication on Wikipedia defined it thus: A wedding is a ceremony where two people are united in marriage. Wedding traditions and customs vary greatly between cultures, ethnic groups, religions, countries, and social classes.

How old is marriage?

According to the best available evidence, it is said that the institution of marriage is about 4,350 years old.

What’s the purpose of marriage?

Marriage’s primary purpose was to bind women to men, and thus guarantee that a man’s children were truly his biological heirs. Through marriage, a woman became a man’s property. In the betrothal ceremony of ancient Greece, a father would hand over his daughter with these words: “I pledge my daughter for the purpose of producing legitimate offspring”. Another purpose of marriage earlier on was to act as an alliance between families, for either economic or political reasons, or both.

Why Do people Marry?

We can say that reason people get married is to signify a life-long commitment, to provide security for children, to make a public commitment to each other, for legal status and financial security.

The Genesis creation account tells the story of when God instituted marriage. This took place after the creation of the first woman, Eve, from Adam, the first man. The Lord God said, “It is not good for the man to be alone. I will make a helper suitable for him”.

Why was marriage created? 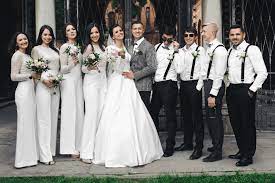 The main goal of marriage, earlier on, was to act as an alliance between families. Throughout history, and even today, families arranged marriages for couples. Most couples didn’t marry because they were in love, but for economic liaisons.

Which Age is perfect for marriage?

The ideal age to get married, with the least likelihood of divorce in the first five years, is 28 to 32, says Carrie Krawiec, a marriage and family therapist at Birmingham Maple Clinic in Troy, Michigan. Called the ‘Goldilocks theory,’ the idea is that people at this age are not too old and not too young.

Why did God create a wife?

The first marriage, ordained by God took place in the Garden of Eden, when God created a woman out of Adam’s rib and brought the woman to Adam, and both of them became one flesh-GENESIS 2:22-23. Therefore, the plan of God for man is one man, one wife. Marriage is an essential part of God’s plan. The Bible teaches God’s expectations regarding marriage and gives practical relationship advice. With this you can agree that marriage is in the marriage.

The oldest codified law in the history of divorce was traced in 1760 B.C. during the reign of King Hammurabi of Babylon. It is believed that the King carved 282 laws in stone tablets including the law on divorce.

What God said about marriage

Genesis 2:24: Therefore a man shall leave his father and his mother and hold fast to his wife, and they shall become one flesh. Romans 13:8: Owe no one anything, except to love each other, for the one who loves another has fulfilled the law. 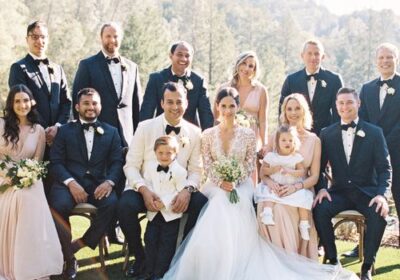 The title is a reference to Peter Abelard, a 12th-century philosopher, who fell in love with his pupil, Héloïse d’Argenteuil. They had a child and secretly married.

Which age is best for kiss?

No need to wait for the official first date to get a little face time, however. Americans agree kids are ready for their first kiss at age 15 (15.1 on average), while on average, they had theirs at age 14.5. But first, let’s talk about sex.

What age should I have a boyfriend?

Consider their emotional maturity and sense of responsibility. For many kids, 16 seems to be an appropriate age, but it may be entirely suitable for a mature 15-year-old to go on a date, or to make your immature 16-year-old wait a year or two. You can also consider what other parents are doing.

What age should you fall in love?

According to the research, the average woman finds her life partner at the age of 25, while for men, they’re more likely to find their soulmate at 28, with half of people finding ‘the one’ in their twenties.

Who did God marry?

How many wives did Adam have?

We got through our research that Lilith and Eve were wives of Adam according to Old Testament Essays.

Is Adam and Eve in heaven?

Did Jesus attend a wedding?

Jesus Christ and His disciples attended a wedding feast in Cana. Mary, Jesus’s mother, was there. She told Jesus that there was no more wine for the guests.

Which country has no divorce?

Every nation in the world allows its residents to divorce under some conditions except the Philippines (though Muslims in the Philippines have the right to divorce) and the Vatican City, an ecclesiastical sovereign city-state, which has no procedure for divorce.

Is marriage a religious thing? 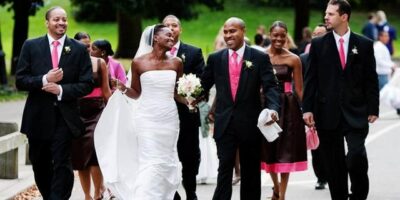 The institution of marriage in the United States is not a religious-driven contract; it is a secular agreement between two people and the state. In other words, marriage is only allowed under civil law, not religious doctrine.

What are the 3 types of marriage?

These include the statutory marriage; customary marriage; church marriage; and Islamic marriage. However, it is a common practice in Nigeria that a single couple may conduct at least 3 types of marriage together.

What are the 4 types of love?

There are many sources that define many other kinds of love but four is a pretty manageable number.

Is divorce a sin?

Many conservative evangelical and Protestant churches, such as some Baptists, strongly oppose divorce, viewing it as a sin, pointing out Malachi 2:16 – “‘For I hate divorce,’ says Yahweh, the God of Israel, ‘and him who covers his garment with violence!’ says Yahweh of Armies.

Who was the first woman to divorce her husband?

In the first record of a legal divorce in the American colonies, Anne Clarke of the Massachusetts Bay Colony is granted a divorce from her absent and adulterous husband, Denis Clarke, by the Quarter Court of Boston, Massachusetts.

Is divorce allowed in Islam?

Although it is not encouraged, most Muslims agree that divorce is permitted if a marriage has broken down, and generally Muslims are permitted to re-marry if they so wish. However, there are differences between Muslims about the procedures for divorce and remarriage: Sunni Muslims do not require witnesses.

What is French kissing?

What Is a French Kiss? A French kiss (also called a tongue kiss, a deep kiss, or making out) is a kiss in which one or both partners use their tongues to stimulate each other’s mouths for mutual sexual pleasure. In case you are interested in learning how you can kiss someone (your boyfriend, girlfriend, wife or husband), then watch this youtube video on 5 ways to kiss.

How do you know if a girl likes you?

7 Signs that a Girl Likes You:

1. She reschedules a date she can’t make.
2. She makes an effort to continue the conversation.
3. She compliments you and tries to make you feel good.
4. She’s clearly nervous around you.
5. Her body language is inviting.
6. She remembers things you tell her.
7. You catch her staring at you on multiple occasions.

Did Jesus have a wife?

Christian tradition has long held that Jesus was not married, even though no reliable historical evidence exists to support that claim, King said in a press release.

Disclaimer: Kindly note that some of the information used in this publication was sourced through researches and searches done online or on the internet. Some of the platforms where the information was gotten from include but not limited to: Google, TheWeek, WikiPedia, incegd.com, among others.

I know you have gotten lots of lessons and answers to some questions from this well written article about marriage: its inventor, origin and history. Do well to check out other amazing RECOMMENDED UPDATES/CONTENTS listed below as you scroll down this page.