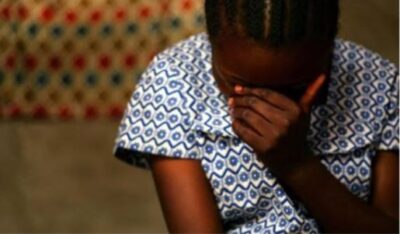 Woman Narrates How Her Boyfriend Poured Acid On Her Face, Destroying Her Eyesight

Woman Narrates How Her Boyfriend Poured Acid On Her Face, Destroying Her Eyesight: A 24-year-old woman has suffered a horrific attack in the hands of her boyfriend in Kenya,

A Mombasa court in Kenya has heard how the woman was attacked with acid after she shared her intention to end her seven-month relationship with her boyfriend.

Fatuma Kaingu who appeared before Mombasa senior principal magistrate Vincent Adet to testify against Mohammed Kombe, disclosed that she lost her eyesight after being attacked with acid by Kombe whom she told of her intention to end their relationship.

Kaingu said; “I had a boyfriend who called me and told me to take his keys back after l informed him of ending our relationship. it angered him and on an alleged day l took the keys to him and we met at the gate he enquired about his keys. l then stretched my hand to hand over the keys to him, he had a bottle which had some liquid he poured the content on my face it felt so corrosive l screamed and he ran away.”

A teary Kaingu went on to inform the court that she was rescued by a man named Omondi who washed her face with water since she was unable to see, escorted her to her employers’ house in Tudor who performed first aid on her, removed her clothes before rushing her to Tudor clinic.

She said; “The doctors said he could not handle my case,l was referred to coast general hospital and then to Aga khan where surgery was done,l lost my sight after the incident.”

Kombe has since denied charges of unlawfully causing grievous harm to Kaingu. The hearing continues.

REMEMBER THAT THE PRODUCTS OF ZAMANI ARE NOT RESTRICTED TO JUST THESE ONES DISPLAYED; THERE ARE MORE AND MORE DESIGNS NOT HERE. ZAMANI CAN ALSO CUSTOMIZE YOUR OWN DESIGNS FOR YOU. CONTACT THEM ON 08037834016 […]

Some people who had ended up becoming losers in the past were the cause of their failures. There are some things someone who do not want to become a loser should know, and I promise […]

WORDS OF WISDOM FOR THE DAY (PART-10)

Here are today’s words of wisdom for you; this is the part-10 of this program. Make sure you learn a lesson from them and endeavour to share with others. WORDS OF WISDOM FOR THE DAY “Some things are not […]