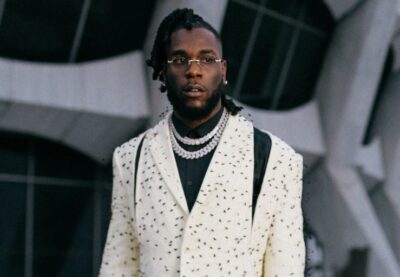 Women Who Have Been Romantically Linked With Burna Boy

Women Who Have Been Romantically Linked With Burna Boy: Rebecca Hampson, a former Big Brother Naija housemate, popularly known as Nengi, and singer, Burna Boy, were recently sighted at a club early in the week and it has sparked rumours that both are dating.

While neither of them has confirmed nor denied the story, many fans on social media believe a romance is brewing between them. In a video that went viral online, Burna was seen sitting on Nengi’s laps as they were apparently having a good time at the club.

However, this is not the first time Burna Boy will be romantically linked with beautiful women in the entertainment industry.

Burna had reportedly ended things with his lover and British-Jamaican artiste, Stefflon Don, whom he dated for some time. The ‘Last Last’ singer had taken to Instagram in the latter part of 2021 to make a cryptic post insinuating that he was single. He wrote, ‘and for your information, Odogwu does not have a wife’.

Years before that, he had described Stefflon as a perfect wife material. In an interview in 2019, while responding to a question about the England-based singer and rapper, Burna Boy said, “If you wanted a wife, she is the perfect person. Perfect description.”

Prior to dating Stefflon, Burna was romantically linked with a London-based make-up artist and educator, Edith Williams, who he claimed he would marry at the time. On one of her birthdays, he wrote on Instagram, “Happy birthday to Edith Williams. The woman I’m probably going to marry one day, God willing. (I) love you and hope you get everything you wish for in life. Kisses and love.”

Back in 2016, a certain Uju Stella had also claimed that she was pregnant for the singer. On Mother’s Day in 2016 after the afrobeat star took to his Instagram to celebrate his mother, Stella wrote, “So, you know the importance of motherhood and you are not taking responsibility for your own.”

She added that Burna was a singer and all his focus was on his music.

Controversial Gambian actress and filmmaker, Princess Shyngle, also once insinuated that she had dated the Grammy Award winner. Taking to her Instagram page in March 2021, Shyngle made a post of her having a video call with Burna Boy, with the caption, “When your ex wins a Grammy, you clout chase. Really though, congratulations to Dami. I saw how hard he worked for this.”