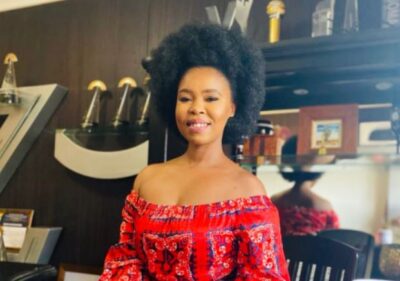 Zahara’s Awards Stolen From Her House

Zahara’s Awards Stolen From Her House: Zahara is devastated as her awards have been stolen from her house, the intruder is yet unknown.

The singer is yet to survive a year without drama or a hideous incident.

It was reported that 6 trophies were taken away by the thief whose identity is unknown; the intruder gained access to her home when she was away for the Easter celebration.

Zahara wants the awards recovered as she worked hard to secure those wins.

Speaking to the Drum, she said: “I don’t care even if the person leaves them at my gate. I want those awards back.”

“We know what those SAMAS meant to her, and we are proud to be associated with an artist of her calibre. It is quite upsetting that crime has reached this level, and people are taking trophies that mean so much to the artists. The trophy symbolises her hard work, and we truly wish the trophies are returned and preparators brought to book,” he said.

About @TrendsOfLegndsTeam 19128 Articles
We inspire people with whatever we are destined to do in life. We're on twitter: @MusicParrot1 & on Facebook: @TrendsoflegendsBlog